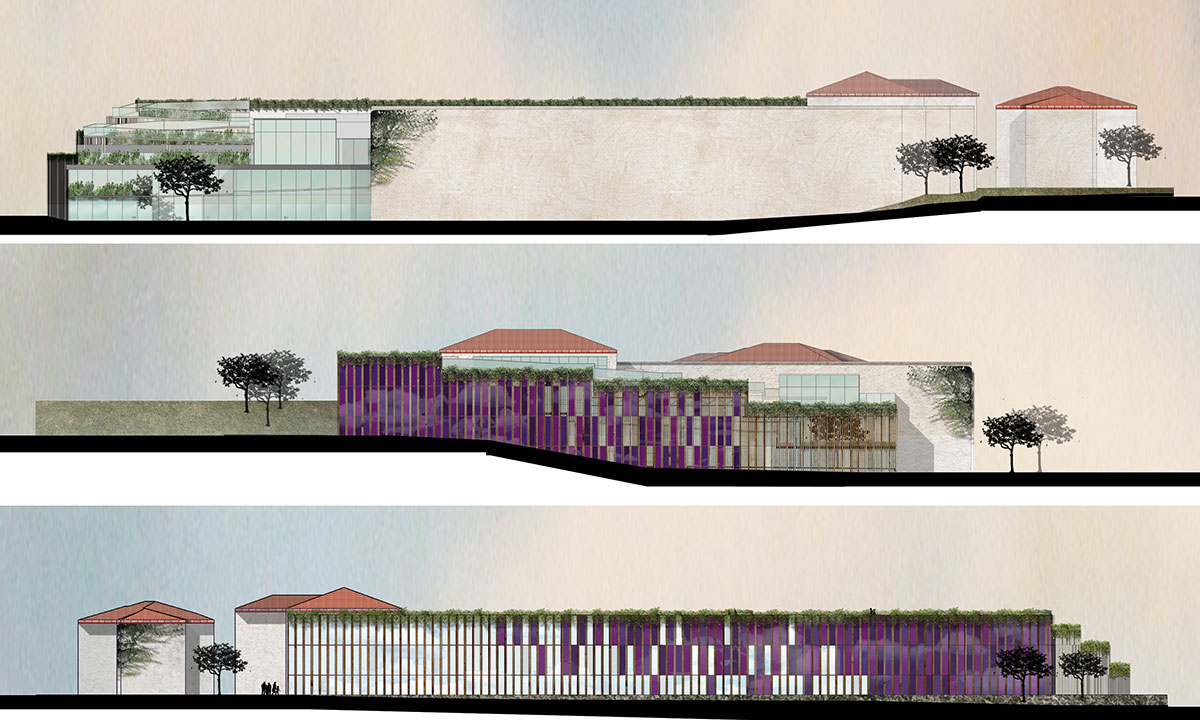 The transformation of the winery into a cultural center of wine is an opportunity to create a stimulating environment with open areas, paths and interactive spaces that encourage comparison between people.

The design concept takes inspiration from the grafting of the plant: it re-proposes the “journey” of winemaking through architectural expression. The project consists in the extension of the existing plant: metaphorically, the old building represents the existing plant, with squares and volumes that show the growth of the graft; the links are represented by the path, the main element connecting the old and the new, which leads visitors to discover the product. The theme of the graft is also used in the choice of materials: the eastern façade is characterized by a transparent skin that reveals the existing building that gradually becomes increasingly opaque until it is completely transformed into the new building.

The skin and the roof are technological elements: the colored slabs that characterize the facades are actually solar panels and the roof becomes a real field of young vineyards. 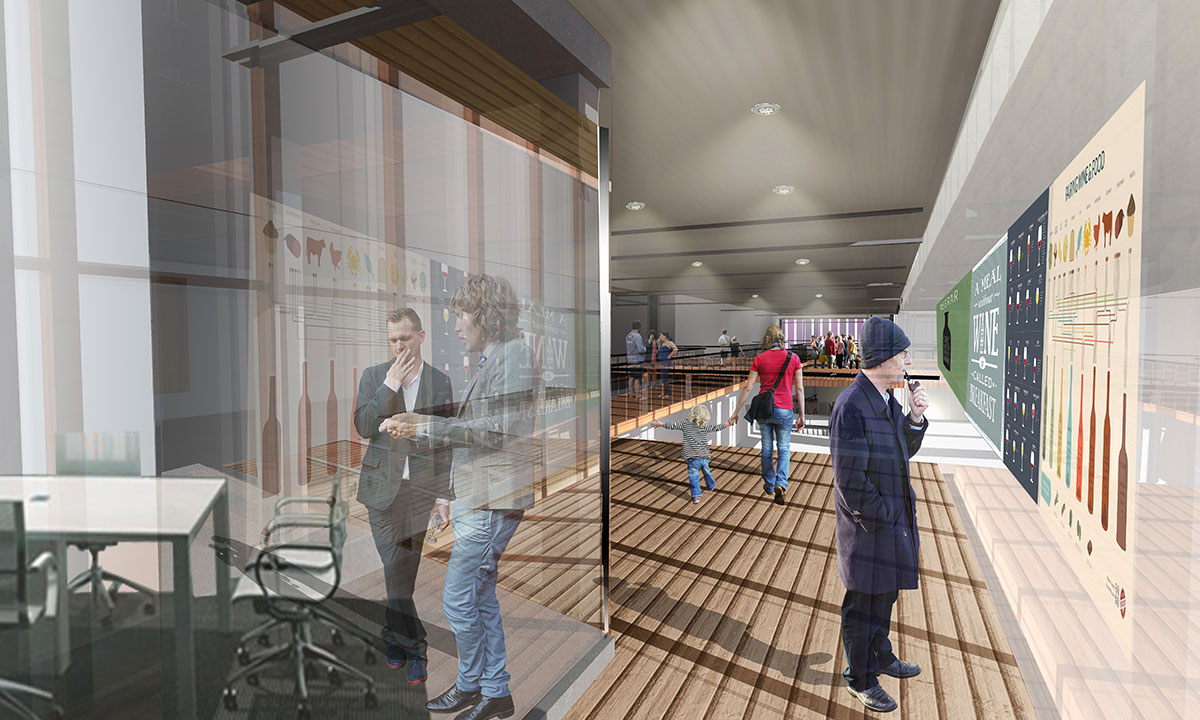 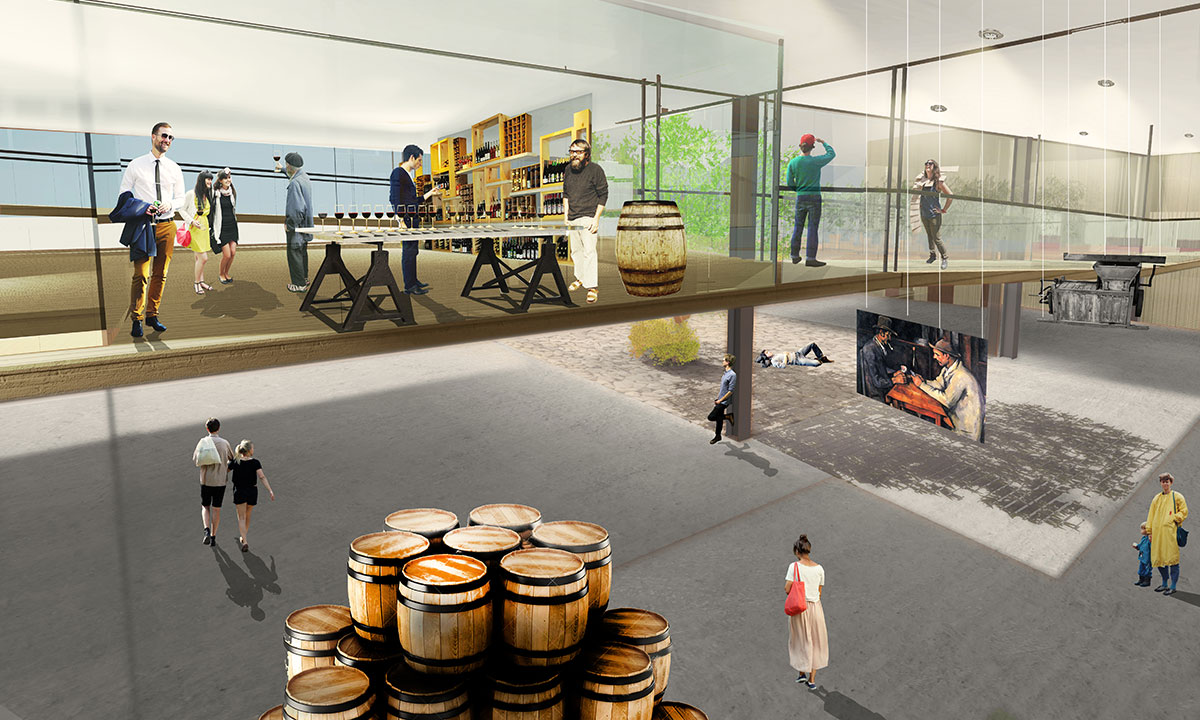 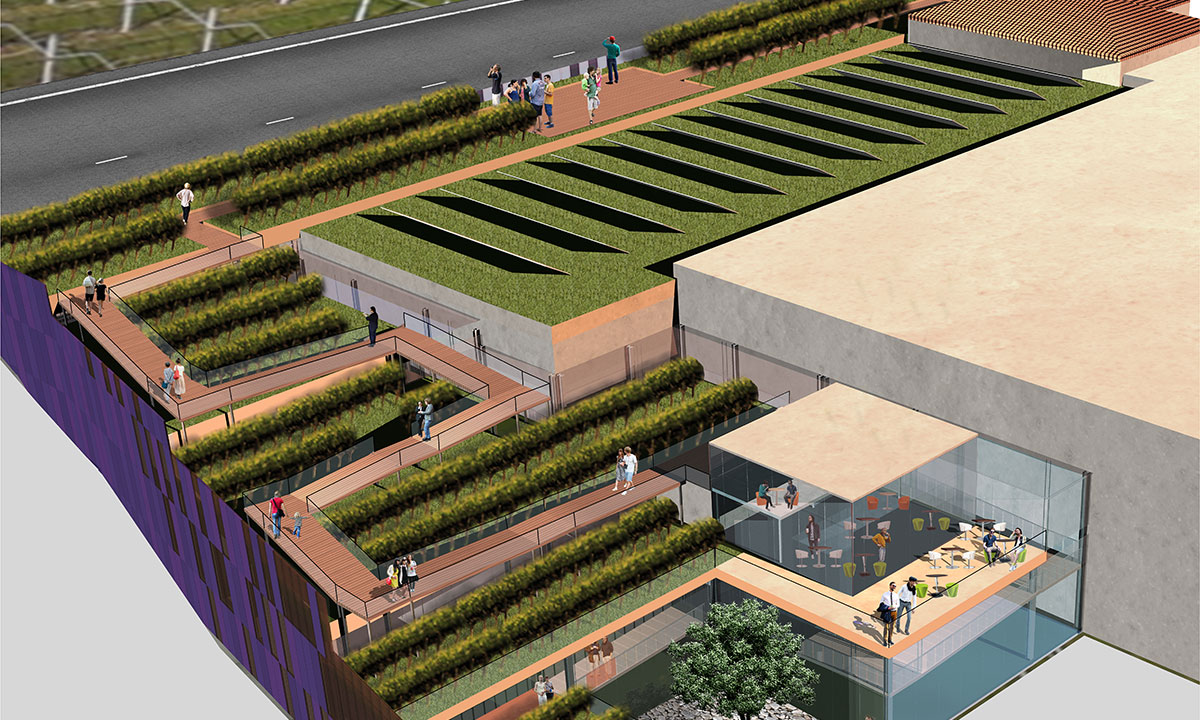 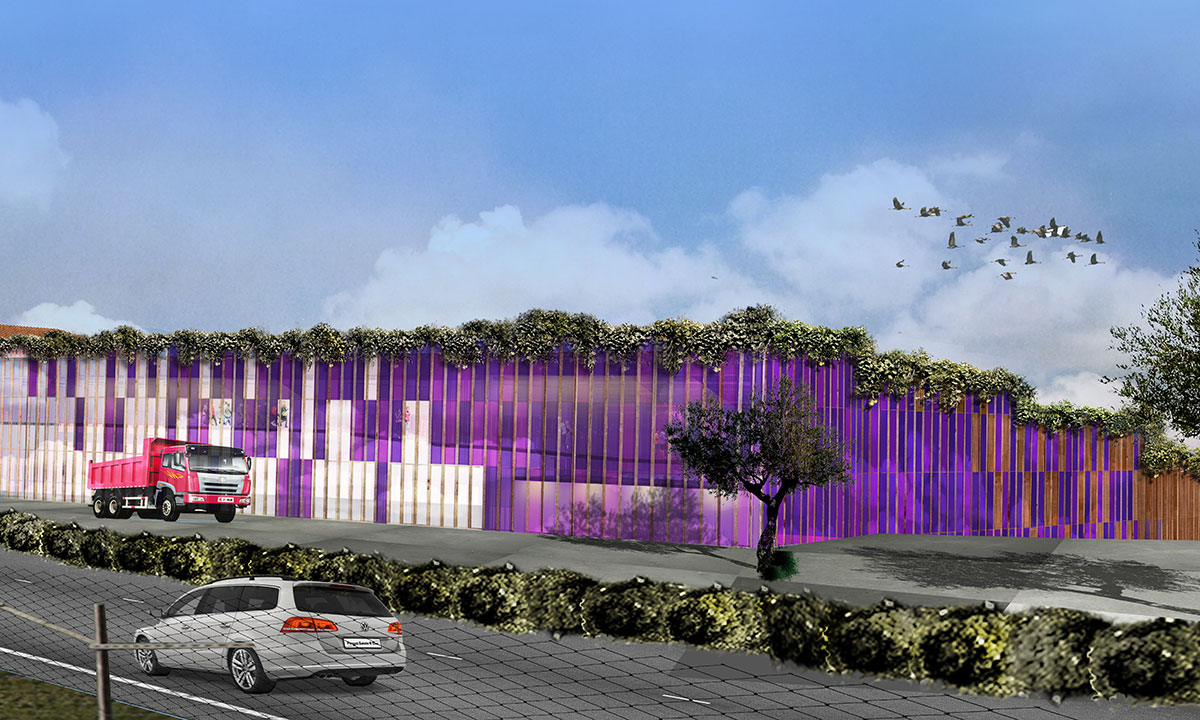 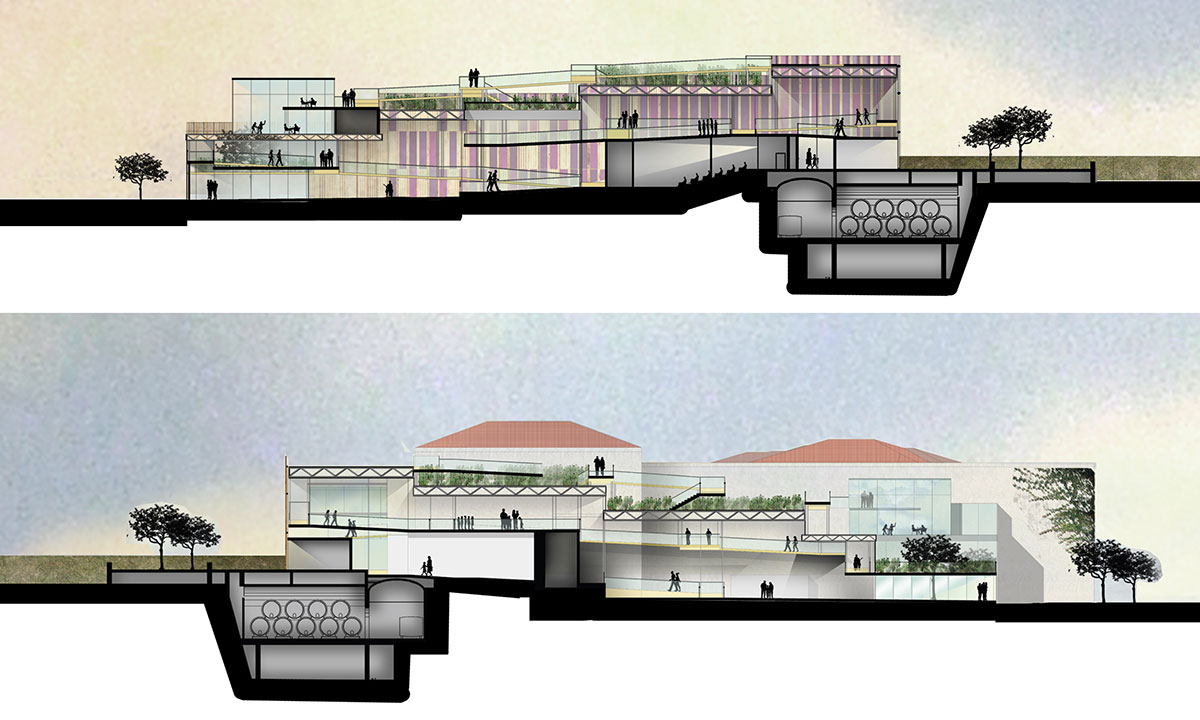 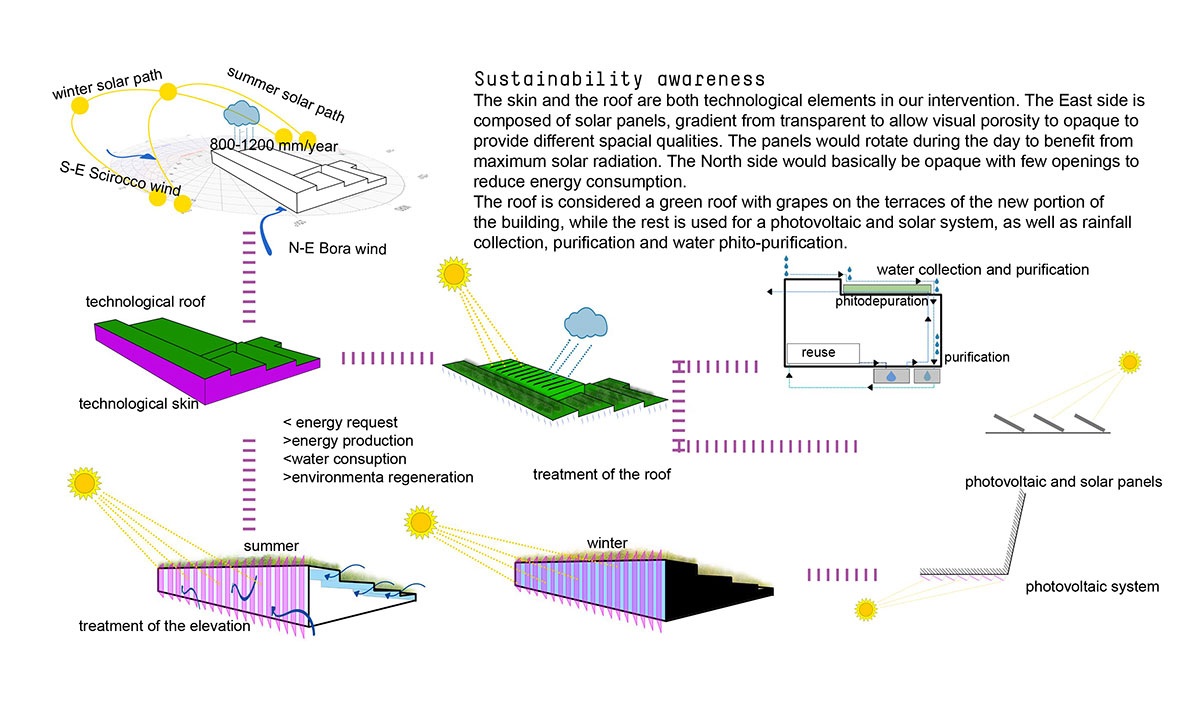 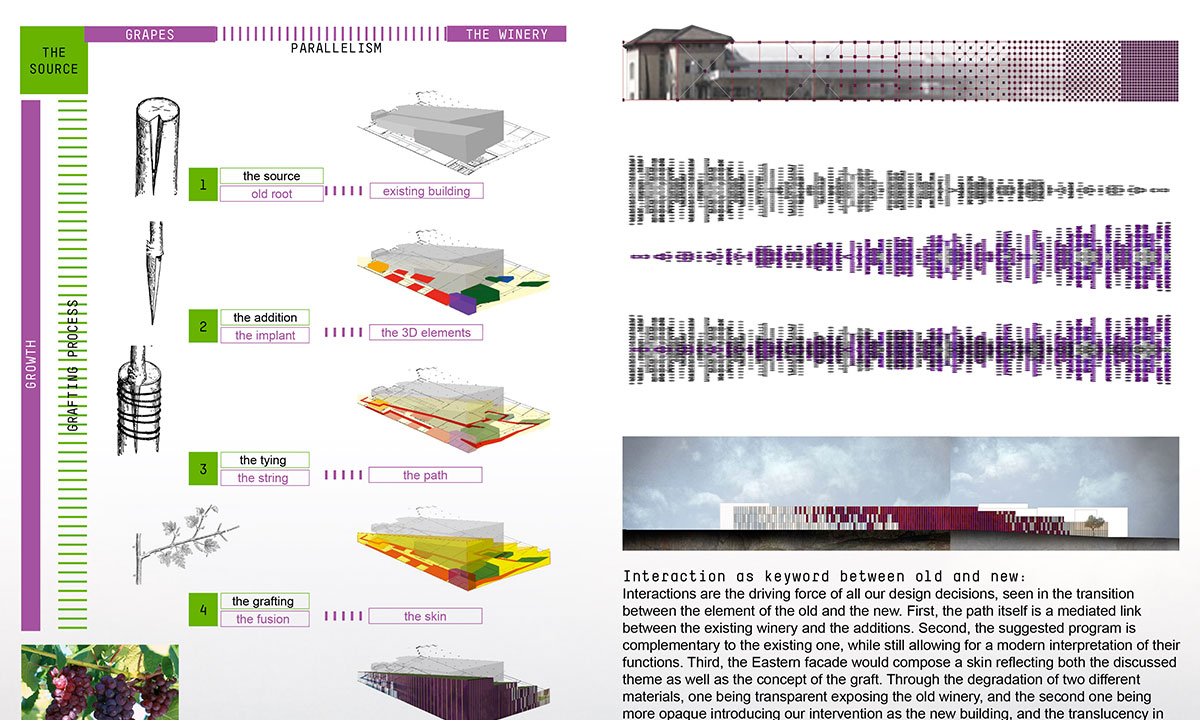